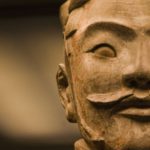 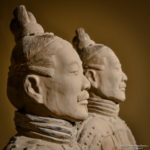 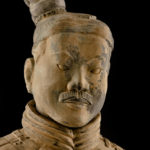 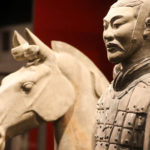 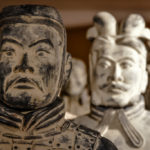 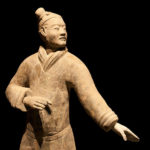 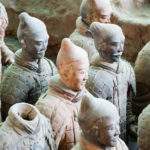 The Terracotta Army of Emperor Qin

The Oud Sint-Jan site in Bruges will serve as the stage of the awe-inspiring legacy of the first emperor of China: “The terracotta army of Emperor Qin.” This exhibition tells the story of the Chinese terracotta army, from its discovery in 1974 to the construction of the army over 200 BCE.  Admire 70 unique, life-sized figures, discover stunning Chinese art, and learn about the discovery of this UNESCO world heritage through a documentary.

The exhibition shows 70 life-size figures in terracotta and bronze such as various ranks of warriors, the emperor himself, cavalry and imperial chariots. Each figure is unique.  The figures have unique facial expressions, different shapes and costumes. The warriors weigh between 80 and 120 kilos.

Traditional Chinese art, ancient articles of clothing and centuries-old coins will also be on display.
A documentary made of authentic pictorial material explains how the figures were made, how the army came into being, and tells about the discovery of the terracotta army.

The original terracotta army was discovered accidentally in 1974 by Chinese peasants and consists of no fewer than 8,000 figures. This find is considered one of the most important archaeological discoveries in the history of mankind. The terracotta army is also known as the eighth wonder of the world and is recognized as UNESO world heritage.

Who was Emperor Qin?

Emperor Qin Shi Huangdi – literally “exalted lord” – lived from 259 to 200 before Christ. He came on the throne when he was just 13 years old and was known as a wise but brutal ruler. He put an end to a protracted war by uniting the 7 warring small realms into one big state, China, becoming the first emperor of China.
But that is not all.  During the Qin Dynasty, he introduced a common language, currency, and a general system for weights and measures.
Emperor Qin aspired to immortality and would prepare himself for the hereafter.  That is why he gave the order to build the terracotta army. It served as a burial gift and was part of his mausoleum.